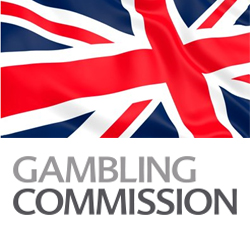 Christmas has well and truly come early for Mutuel Play Ltd as we received confirmation from the UK Gambling Commission that we had passed the necessary due diligence to be awarded with our first set of licenses including a Personal Management Licence for Rhys Owen, a Remote Gambling Software licence and a Remote Bingo Host licence.
Rhys Owen, CEO and Founder of Mutuel Play Ltd had this to say, “It feels like an age since we put all of our application documentation together but looking back there was a lot of hard work that went into it from everyone in the business. This is a great way to end the year, it certainly feels like everything is started to come together in terms of the products, commercial deals and now our licence. It’s a great platform to drive us through 2018 and it’s nice to feel like the hard work is paying off. Onwards and upwards.”
With the UKGC licenses in place this now means Mutuel Play are now able to provide content to any UKGC licensed operator. If you are looking to add great games to your offering, get in touch, email us at [email protected]
Read More 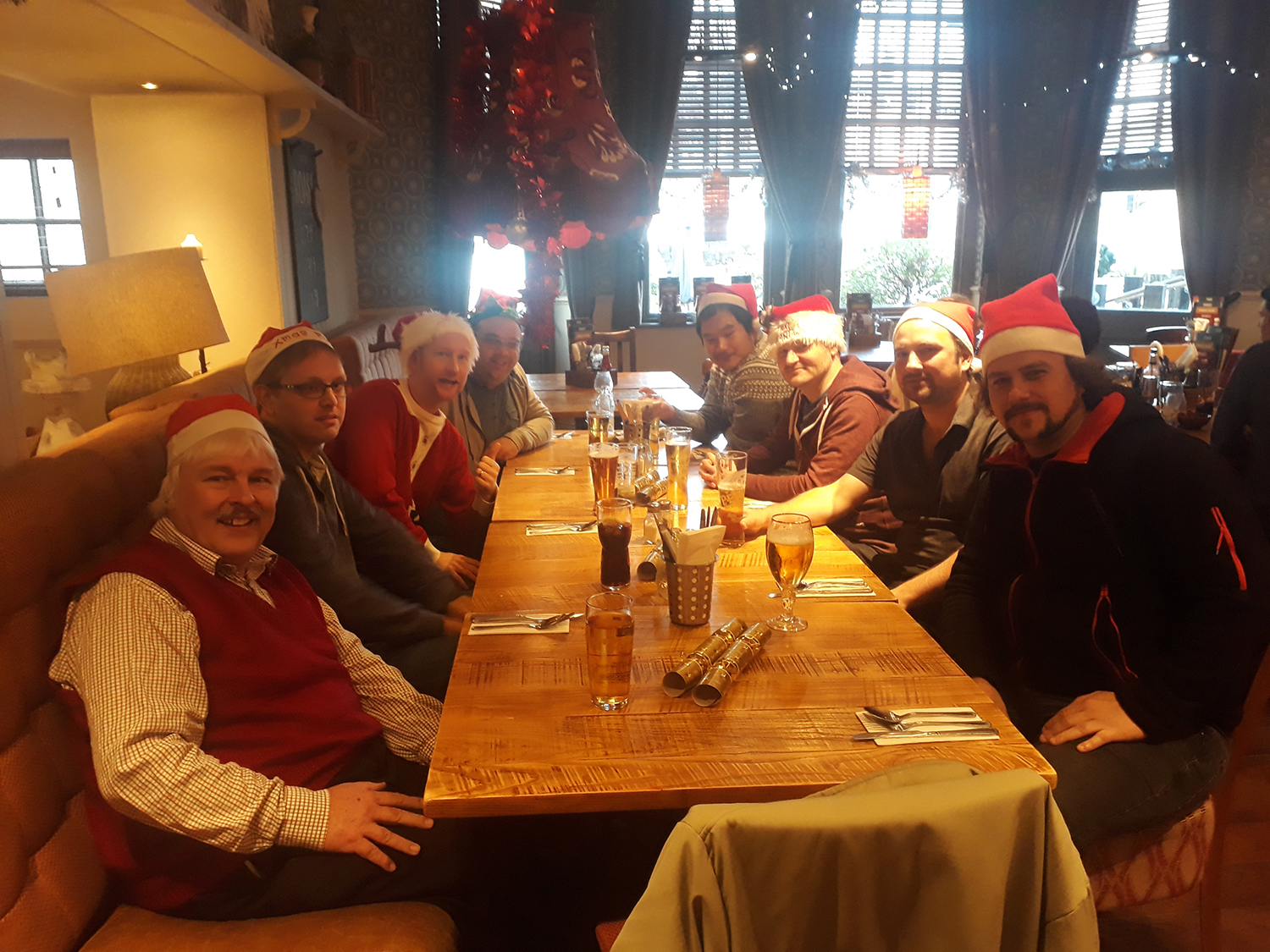 Mutuel Play celebrated their Christmas meal together at the Sovereigns pub in Woking, just down from the office today. Everyone went with the Christmassy options of Turkey with all the trimmings, except István, who went with the very festive ‘Sea Bream’ ?. Apart from a few dried out brussel sprouts and some dodgy cracker jokes, everyone had a great time. We even managed to get some darts out, which is something we have sadly missed since moving offices.
The highlight of the afternoon was sticking on the bar mats that had the glittery moustaches on; some people were pulling off the look far too well! 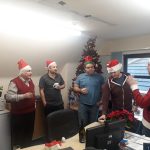 Opened a bottle of Champagne with out office neighbours 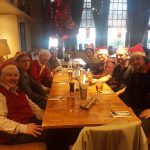 Christmas Dinner with our office neighbours 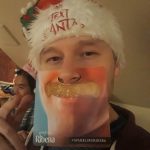 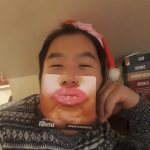 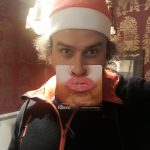 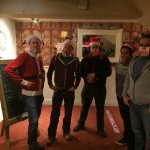 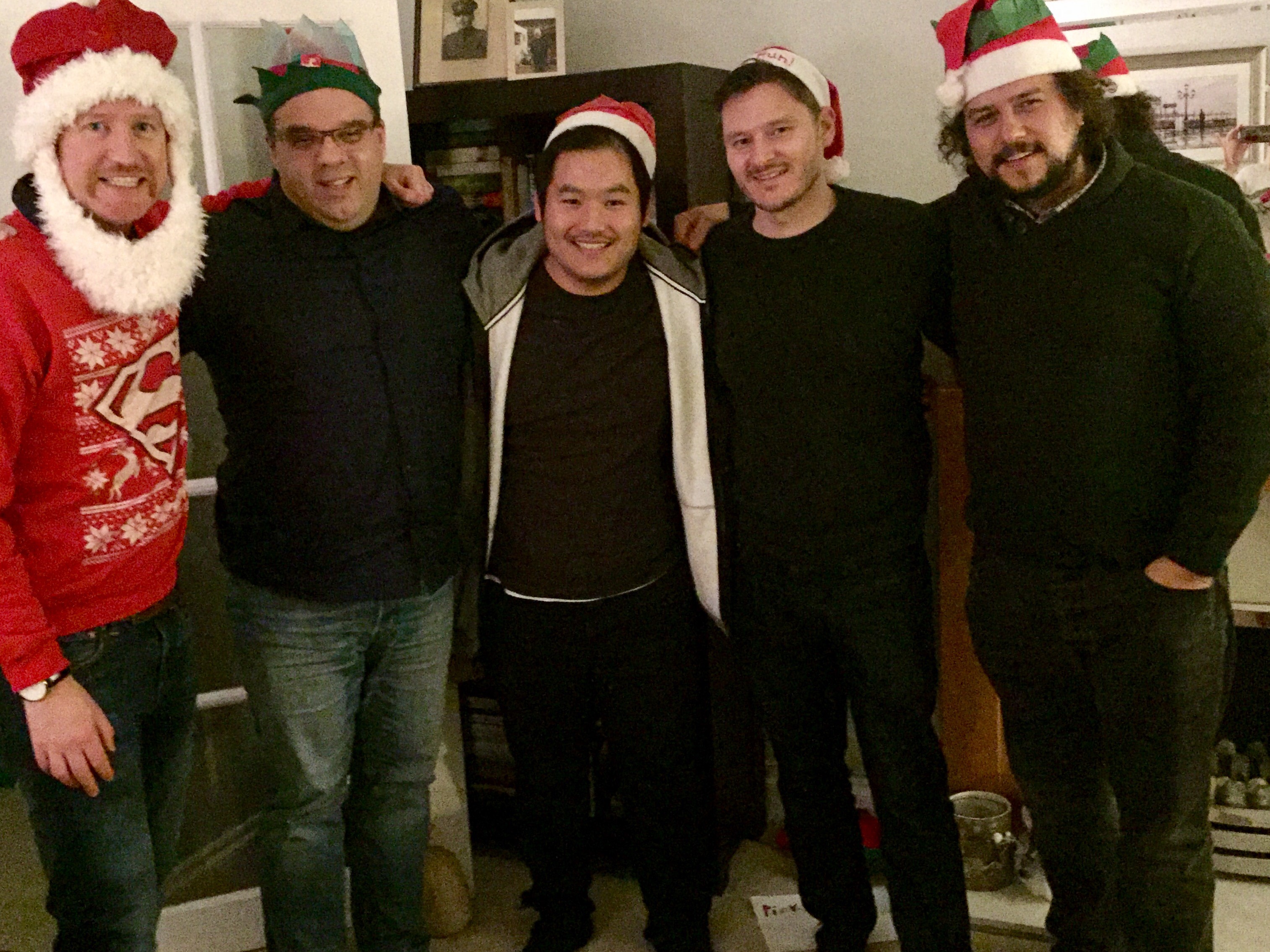 It’s that time of the year again and the Mutuel Play extended family got together for a few drinks and nibbles. Fun was had by all and everyone left feeling rather full. Kerim and his fiancee Tali were crowned the inaugural winners of the Christmas ‘logo’ quiz, doing particularly well in the beer, food and car manufacturer rounds.
We were rewarded with a performance from the three children who came along, Evie (7), Alex (5) and Suki (4). The gymnastics on show was at an extremely high level, there were definitely signs of potential future Olympic performances among them. It was sadly cut short after an injury to two of the performers after a clash of heads. They were brave enough to continue onto the ‘After Eights’ competition where everyone performed well (sadly no photos of that one).
Hopefully the Christmas family get together in 2018 will include a few more team members and children! 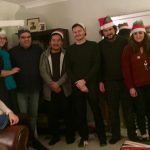