Mutuel Play is pleased to announce that today marks the launch of our 8th slot title in as many months with Vera & John via the Leander LeGa Remote Gaming Server. Legend of Daruma is an Asian themed title utilising the same maths used in The Wild Mob, which has been the number 1 slot title we’ve launched with Buzz Bingo.

Rhys Owen, CEO at Mutuel Play had this to say about the launch, “we chose Vera & John as the exclusive launch partner for this game as we felt the games theme and style closely matched the type of audience they have on their site. We’ll be looking to roll the game out with more Leander operators later this month. The game has some great base features revolving around wilds including a ‘Pop-Up Wild feature’, ‘Fireball Wild feature’ and ‘Respin Riding Wild feature’. In addition, within the free games the player can get stacked ‘Gold Daruma’ respin riding wild symbols that make for a very exciting bonus game. We’re confident this will be a real hit in all territories, especially Asia.”

Legend of Daruma is available to be played in demo mode at the Vera and John website. 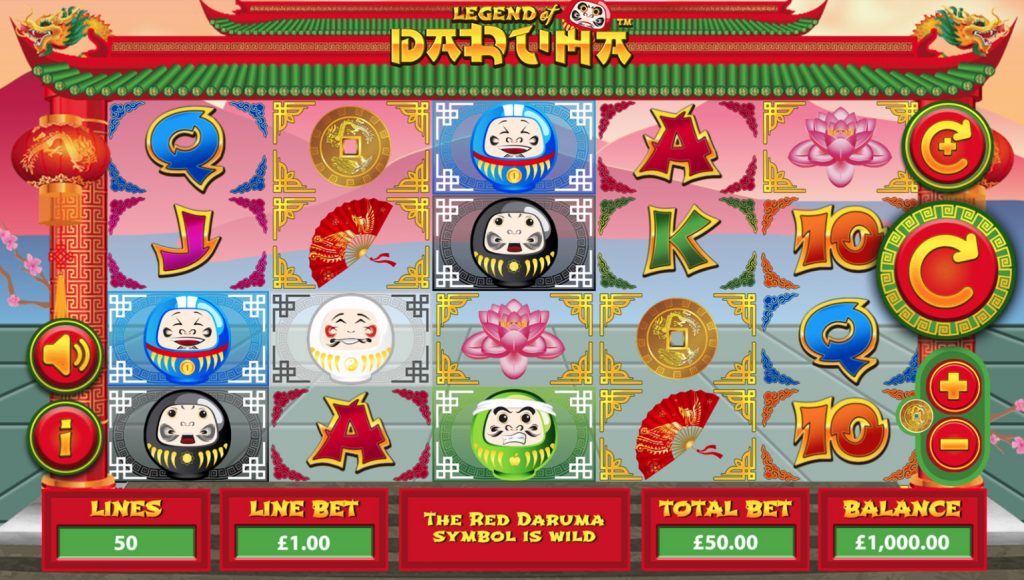